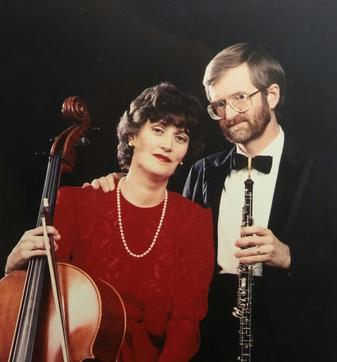 Stewart Grant received his training as an oboist at the Conservatoire de musique du Québec, where he was awarded a Premier Prix in the class of Melvin Berman. and through the National Youth Orchestra of Canada, where he studied with Ray Still, principal oboist of the Chicago Symphony.

An experienced chamber musician, he has been a member of the Ottawa Baroque Ensemble, the Ayorama Wind Quintet, the St. Andrew’s Consort and Musaeus, with whom he presented countless performances and broadcasts in Western Canada and as far afield as the former Soviet Union. He continues to perform as member of Duo Jaï, which he formed with his wife, cellist Joanne Grant.

A highly successful teacher, he has been oboe instructor at the McGill University Faculty of Music, the University of Ottawa and the University of Lethbridge. From 1984 to 1992 he was a member of the faculty of the Canadian Festival of Youth Orchestras at the Banff Centre, alongside other leading Canadian instrumentalists such as James Campbell, Lorand Fenyves and Joel Quarrington.

He continues to give private oboe lessons in his studio in Pointe-Claire.