From December 8 to January 13, Stewart Grant's Sam Black Sketches were featured in an exhibition at the Stewart Hall Art Gallery along with prints and paintings by B.C. artist Sam Black which inspired the composition. The recording of the work from the television documentary "Sharing Visions" was played continually during the exhibition and visitors were able to watch the complete documentary, which includes footage of Stewart Grant and Sam Black discussing the creative process from their different perspectives as a composer and as a visual artist, shots of relevant nature scenes and Sam Black's artwork, and a complete performance of the piece by the Edmonton Symphony Orchestra conducted by David Hoyt.

The Sinfonia de l'Ouest back in action

The Sinfonia de l'Ouest is back, after being shut down in March, 2020, by the COVID-19 pandemic.

On October 24th, it presented a concert at the Église St-Pierre-Apôtre in Hawkesbury, Ontario, in celebration of the 46th anniversary of Le Chenail Cultural Centre, and on December 11th, it performed at St. John's United Church in Pointe-Claire. Both concerts included Elgar's Serenade for string orchestra, Claude Champagne's Danse villageoise and Stewart Grant's Chaconne. The concert in Hawkesbury also included the Handel Concerto Grosso, opus 6 no. 2 and the Mozart Symphony no. 29, while the December concert included the Corelli Christmas Concerto, the Mozart Piano Concerto K. 414, with Ludwig Sémerjian as soloist, and Christmas selections featuring soprano Maryna Krejcarova.

The Sinfonia de l'Ouest's 2019-20 season started with great promise, with three successful concerts at St-Joachim Church in Pointe-Claire, but as with orchestras around the world, the season was abruptly cut short in mid-March by the COVID-19 pandemic.

The season began on October 19th with a concert of English music that included music by Handel, Elgar, Britten, and British-born Canadian composer Healey Willan. Principal oboist Rémi Collard was the featured soloist in the Vaughan Williams Oboe Concerto.  The program was repeated the next day in a special concert in honour of volunteers who helped victims of the flooding that took place in the Vaudreuil area in the spring of 2019.​

On November 30th - and the following afternoon, in Morrisburg, Ontario - the Sinfonia was joined by the Lakeshore Community Choir and its director, Kerry-Anne Kutz, in "A Classical Christmas", featuring music by Handel, Mozart, Corelli, Praetorius, Joyce Poley and Sinfonia violist Leo Purich.

"From Pointe-Claire to Vienna" presented Stewart Grant's Lux, the Schubert Symphony no. 5, and Beethoven's Piano Concerto no. 2, with Ludwig Sémerjian as soloist.

​Little did we know that this concert on February 29th, 2020, would be our last for a very long time. 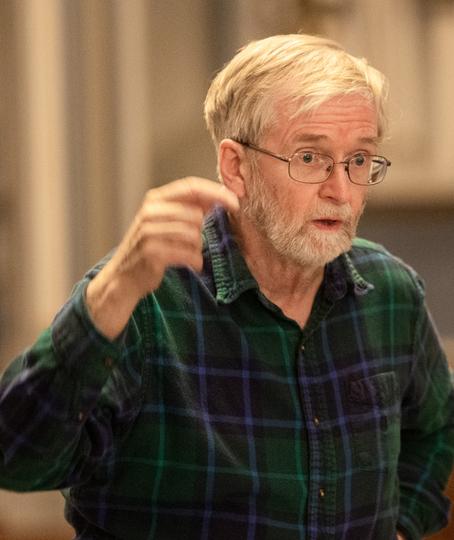 The Sinfonia de l'Ouest has presented two concerts this spring in support of Ukraine.

Ms Krejcarova once again joined the orchestra for its Ensemble pour/United for Ukraine concert on May 15th in a program that included the Mozart Divertimento K. 137, Kyieve Miy ("My Kyiv") by Ihor Shamo, the Air, Gavotte & Bourrée from the J. S. Bach Orchestral Suite no. 3, and the Haydn Symphony no. 45 ("Farewell"). The concert was attended by Michael Shwec, head of the Quebec Chapter of the Ukrainian Canadian Congress, Lac-Saint-Louis Member of Parliament Francis Scarpaleggia, and a number of recent arrivals from the war in Ukraine. 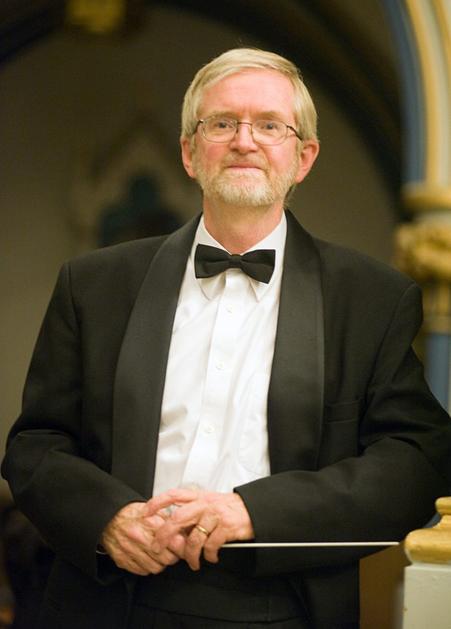 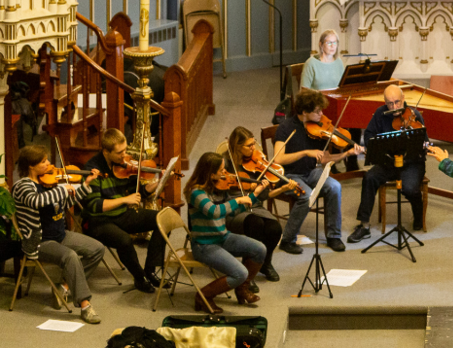 The Sinfonia de l'Ouest opened its 2018-19 season on October 27 with a "Baroque Gems" concert at Saint-Joachim Church in Pointe-Claire.

Repertoire included the Handel Concerto Grosso, opus 6 no. 5, the Bach Cantata BWV 202 (Weichet nur betrübte Schatten), the Concerto for Four Violins, opus 3 no. 10 by Vivaldi, the Pachelbel Canon and the Bach Orchestral Suite no. 1.

The featured guest artist in the Bach Cantata was soprano Kerry-Anne Kutz.

Repertoire included The Entrance from the Queen of Sheba from Handel's Solomon and the Suite no. 1 from his Water Music, plus the Mozart Divertimento K. 138, and Summer from Vivaldi's The Four Seasons - for which the solo violin part was exquisitely performed by the Sinfonia's concertmaster, Sofia Yatsyuk.

​For the final concert of the Mozart à Bromont Festival, the Sinfonia was joined by the Festival's founder, Ludwig Sémerjian, in the Mozart Piano Concerto K. 414.

On Saturday, April 28, La Sinfonia de l'Ouest presented its inaugural concert to a large and enthusiastic audience who expressed their appreciation of the new orchestra's performance with a standing ovation.

The mission of the Sinfonia is to provide professional quality orchestral performances to the people of the West Island area of Montreal while providing young professional musicians and advanced students the opportunity to perform in a high quality chamber orchestra. This initial concert demonstrated that it is already accomplishing this goal, as the newly forged team of aspiring and seasoned professionals, under the direction of Stewart Grant, performed the first of Handel's Concerti Grossi, opus 6, an arrangement of the Gershwin Lullaby for string quartet and the Mozart Symphony no. 29.

Joining them as soloist was ATMA recording artist Ludwig Sémerjian, who performed the Mozart Piano Concerto no. 12, K. 414, using the Rondo K. 386 as an alternative Finale with a recently discovered ending believed to be Mozart's intended conclusion of the work.

The concert was part of the Valois Concert Series at Valois United Church in Pointe-Claire.

Weber, Mendelssohn and Schumann with the Lakeshore Chamber Orchestra

On Saturday, April 7, the Lakeshore Chamber Orchestra, under the direction of Stewart Grant, performed the Weber Oberon Overture, Schumann's Symphony no. 3 ("Rhenish") and the Mendelssohn Violin Concerto, with solo violinist Daniel Fuchs.

The Sinfonia de l'Ouest presented its second concert of the 2018-2019 Season on Saturday evening, February 16. ​

The program presented a wide range of great music for strings: the Concerto Grosso opus 6 no. 2

by Arcangelo Corelli, the Samuel Barber Adagio for Strings, the Haydn Cello Concerto no. 1 - with Orchestre symphonique de Montréal cellist Geneviève Guimond as soloist - and Tchaikovsky's Serenade for Strings.

The Sinfonia also performed the Corelli and Tchaikovsky the next day on the City of Beaconsfield Concert Series, this time featuring soprano Kerry-Anne Kutz as soloist in the Back Cantata no. 202.

Rakshasa performed at the Schulich School

The Sinfonia de l'Ouest presented the final concert of its 2018-2019 concert series on Saturday evening, May 18th, at St-Joachim Church in Pointe-Claire. ​

The soloist for the evening was pianist Ludwig Sémerjian, whose performance of the Mozart

Piano Concerto in D Minor featured a set of previously unperformed cadenzas by Clara Schumann which he had discovered at the Library of Congress in Washington D.C. The program also included Stewart Grant's Symphonie estrienne and the Haydn Symphony no. 92 ("Oxford").

On Sunday, June 16, Mr. Sémerjian was again the guest artist as the Sinfonia performed the Mozart Piano Concerto K. 414, as well as the Symphonie estrienne and the Mozart Symphony no. 29, as they presented the inaugural concert of the Brome Lake Chamber Music Festival in Knowlton.

The Sinfonia will also perform this summer at 2:00 p.m. on Sunday, August 4, at the Pierrefonds Cultural Centre, 13850 boulevard Gouin Ouest; and at 7:30 p.m. on Monday evening, August 5, at  Église Saint-Thomas d'Aquinas, 413 Main Road in Hudson, as part of the Hudson Music Festival.

Repertoire will include music by Corelli, Handel, Elgar, Barber, Claude Champagne and Mozart.

The Lakeshore Chamber Orchestra's Canada Day Concert on July 1 marked the 10th anniversary of Stewart Grant's first occasion conducting the orchestra - a concert which led to his being named as the LCO's Music Director. The program included Mozart's Magic Flute Overture, the Schubert Symphony no. 3 - which was performed at that initial concert together in 2009 - Maurice Ravel's Pavane pour une infante défunte, Stewart Grant's "A Mari Usque ad Mare", and - to underline the extent to which the orchestra has grown over these ten years - Mars and Jupiter from The Planets, by Gustav Holst.

On November 26, Stewart Grant was one of a number of West Island citizens representing a wide variety of fields who were presented with Canada 150 Community Service Awards by Francis Scarpaleggia, Member of Parliament for Lac-Saint-Louis.

On Saturday, December 9, Stewart Grant joined violinist Sophie Dugas, violist Judy Hung and cellist Joanne Grant in a performance of the Mozart Quartet for Oboe and Strings in a concert that also included the Beethoven "Ghost" Trio and the Brahms Trio in C-minor for violin, cello and piano, as well as music for the Christmas Season.

The concert took place at Valois United Church in Pointe-Claire as part of the Church's annual concert series.

​​Beethoven, Bach and Brahms with the Lakeshore Chamber Orchestra

On November 25, the Lakeshore Chamber Orchestra opened its 45th season - its ninth season with Stewart Grant as Music Director - with a concert that featured the Serenade no. 1 of Brahms, the Prometheus and Coriolan Overtures of Beethoven, and the Concerto no. 3 for keyboard by Bach, performed on the accordion by soloist Daniel Benedetti.

On July 1, Stewart Grant conducted the premiere of his  composition "A Mari Usque ad Mare" as part of the Lakeshore Chamber Orchestra’s annual Canada Day Concert.

Composed in celebration of the 150th Anniversary of Canada, “A Mari Usque ad Mare” (“From Sea to Sea”) takes the listener on a musical journey across Canada, from the Atlantic seascapes of the Maritimes, through the cities of Québec and Ontario, the open vistas of the Prairies and the magnificence of the Rocky Mountains to the seascapes of the Pacific Coast.

Warmly received by a capacity audience, the new work was subsidized through a grant from the City of Pointe-Claire.

During his tenure, the West Island Youth Symphony Orchestra earned an enviable reputation for the quality of its performances and the sense of musicianship, teamwork and caring camaraderie that it instilled in the almost three hundred young musicians who participated in the orchestra under his direction.